“I have nothing to learn from other people”

by Center for Transformative Leadership | May 31, 2022

“I have nothing to learn from other people”. I have made the habit of telling myself this now and again. For me, this sentence has emerged as a result of a range of observations that I have made about myself over the last few months. If you are wondering if I really stand by it, I can tell you that I do not. But then, in another way, I do. I have realized that, even though I do not actually mean that I cannot learn from other people, sometimes I act as if I do.

This spring, I attended a skill development course arranged by the Center for Transformative Leadership. The course was structured around two skills; perspective seeking and asking clarifying questions. During the span of six weeks, we tried out various exercises for building these skills in MyQuest, an online learning platform. In addition to these individual efforts, we attended three digital seminars. These provided opportunities for getting to know the other course participants and our learning mentors, with whom we would discuss and share ideas and reflections. The course has engaged my active observer (a small corner of my awareness, like a balcony to observe myself from) to be more present in my daily interactions.

The observation that would come to define my own development in the wake of the course was made while working with perspective seeking. I realized that, in a number of ways, I shy away from opportunities for perspective seeking, as I seem to assume that I will appear stupid if I cannot solve the problem on my own. I was already aware that I sometimes might not be as responsive to other people’s perspectives, once I have defined a way forward. However, I had not really investigated this thoroughly. As I did, though, I made some observations that I found quite difficult to ignore. I have nothing to learn from other people. Telling myself this from time to time, reminds me of the observations that I made during the course. It reminds me to seek others’ perspectives, even when my intuition tells me otherwise. If anything, that one sentence makes me feel stupid for not seeking the perspectives of others.

This experience also reminds me of the ways in which language can facilitate learning. We often say that we learn through our experiences, and while I would not exactly refuse this notion, I would point out that I think it is a bit imprecise. There are a lot of experiences I have not learned a thing from. Furthermore, some of my most powerful learning experiences have come without the input of new experience. It seems to me that learning generally takes place in the wake of experience, but that the quality of learning often is quite dependent on the virtuosity with which the target of learning is put into words. I have an infinite number of experiences, some of which are very different, some of which are more or less the same. Using language to draw connections and distinctions between these, allows me to see the same experience differently than I did before. Personally, I often say that I do not understand a thing before I write about it!

During one of the course seminars, one of the attendees told me that she was more likely to ask clarifying questions when speaking English than when speaking her native language. If I remember correctly, she elaborated on this by saying that she assumes more when speaking the language she is the most competent in. While our language can open up new interpretative spaces, they also tend to close others off. Humans are creatures of habits in many ways, and our language seems to be the perfect manifestation of that. Jean Piaget believed that, as soon as a concept is put into language, we perceive its traits to be intrinsic to the concept independent of our perception of it. We use language, but as James Flaherty puts it, language also uses us. 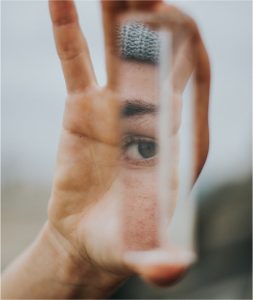 Similarly, I have observed that it is often subject matters where I consider my competence level as fairly high that put me at a difficult spot in terms of listening. These might be subjects I am fairly familiar with, or subjects where I am fairly opinionated (hopefully, sometimes these overlap). I tend to be an advocate for ambiguous positions. However, my tolerance for ambiguity seems to decrease as my knowledge about a subject increases. While these are subjects where I would be most capable of integrating ever new perspectives, this is not what typically seems to happen. Similarly, while exposure to alternative views is much safer if you already know something about a subject than if you know nothing, the felt sense of threat seems to increase in the case of the former. From a learning perspective, these observations might not seem too mysterious. However, while it might be true that some types of learning promote narrow-mindedness, I do believe there to be others that take the opposite route. This is a key learning point for me. Oftentimes, the things I know the best will be those most vulnerable for biases and narrow-mindedness.

Over the last few months, I have been studying extremism as a learning phenomenon for my bachelor thesis. One observation I have made throughout this process, is that the extremist perception of the world takes the shape of a bad story. I have come to appreciate this metaphor for learning in general. A story is not good because it is correct, or bad because it is incorrect. While not completely irrelevant, they seem somewhat peripheral to the question of quality. Good stories can make us feel sympathetic for someone unexpected; they might allow us to see that something that once seemed so simple, really is more complex. Good stories change us. I think the same is true for learning. Good learning requires the most of us as storytellers. When I think of perspective seeking and clarifying questions, I now think of them as skills for adding ever new layers to my own story. 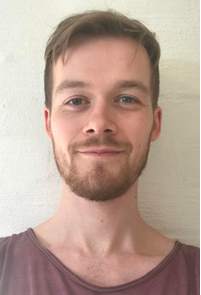 Bachelor in counseling and adult learning (third year). I am a third year student on the bachelor for counseling and adult learning. Having a background with classical music composition, I like to regard my creativity as my most useful tool when exploring new subjects. Recently, I have been studying extremism and its relation to learning. This study reflects my curiosity for those perspectives that are most easily disregarded. It has also reminded me of how learning often involves putting a theoretical framework outside its normal context.

Use the form below and we will get back to you